By FOX BUTTERFIELD
Published: May 2, 2000
Pham Van Dong, who led the Vietnamese Communists' delegation to the Geneva peace talks in 1954 that ended the French war in Indochina and then served as Hanoi's prime minister for three decades, died a day before the 25th anniversary of the fall of Saigon, The Associated Press reported from Vietnam yesterday. He was 94.
Mr. Dong, who has sometimes been compared to China's late Prime Minister Zhou Enlai, a charming but tough diplomat and bureaucrat who politely played a secondary role to his country's chief Communist leader, had been hospitalized on life support for months before his death on Saturday, officials told The Associated Press.
The officials said that Mr. Dong died at a Hanoi hospital, and that a state funeral is planned for Friday.
Mr. Dong was one of the early revolutionaries who joined Ho Chi Minh to found the Viet Minh, was imprisoned by the French colonial regime, helped defeat both the French and the Americans and later reunified Vietnam under Communist rule on April 30, 1975.

He became premier of North Vietnam after independence from the French in 1954 and headed the government of all Vietnam from 1976 to 1987. He remained a fiercely loyal Communist, but he acknowledged to an American journalist and author, Stanley Karnow, in 1981, that rebuilding Vietnam after decades of war was more difficult than anticipated.
''Yes, we defeated the United States. But now we are plagued with problems,'' Mr. Karnow quoted Mr. Dong as saying in his book, ''Vietnam: A History'' (Viking, 1983). ''We do not have enough to eat. We are a poor, undeveloped nation. Vous savez, waging a war is simple, but running a country is difficult.''
In retirement, Mr. Dong was a government adviser but he still warned in speeches about the dangers of economic reforms. In his final years he was increasingly frail and nearly blind.
Mr. Dong was born March 1, 1906, in Quang Ngai province, then part of the French protectorate of Annam in the central part of Vietnam. His father was a member of the elite Mandarin class and a private secretary to one of Vietnam's last emperors.
Like a number of other privileged young Vietnamese his age, he learned nationalism in his youth at the prestigious Lycee Quoc Hoc, in Hue, the old imperial capital of Vietnam. A turning point in Mr. Dong's life came in 1925 when he joined a student strike in Hanoi, and then had to flee to China when it was put down by the French. Ho Chi Minh was organizing a covert opposition in southern China, and Mr. Dong joined his Vietnamese Revolutionary Youth Association, learning the precepts of Marxism and the skills of Leninist party organization.
In 1929, Mr. Dong returned to Vietnam to organize Communist cells, but was soon caught by the French and sent to the dreaded prison island of Poulo Condore in the South China Sea where he was confined for seven years. The experience only made him a more committed Communist, and after his release he resumed his underground organizing in Hanoi.
In 1939, following another failed uprising, Mr. Dong fled to south China again and joined his mentor, Ho, who had established a guerrilla base there, recruiting and training soldiers and cadres to cross into northern Vietnam.
In 1941, Mr. Dong became a founding member of the Viet Minh, a nationalist organization whose domination by the Communists was disguised to draw in a wide variety of patriotic Vietnamese disgruntled by French rule. Only later would Ho and Mr. Dong and other Communist leaders acknowledge their true purpose. In 1960, after their victory over the French, Mr. Dong said, ''In our country, to be a patriot means to love socialism. Patriotism is closely linked with socialism and the Communist is the most genuine patriot.''
At the end of World War II in August 1945, as the French were trying to re-establish control of their colony in Vietnam, the Viet Minh formed a provisional government with Mr. Dong as finance minister and Ho as president. Open fighting between the returning French and the Viet Minh soon broke out, the beginning of 30 years of war.
Mr. Dong journeyed with Ho to Paris in 1946 for peace talks, trying to gain independence, but when the talks broke down, full scale fighting resumed, with the Americans aiding the French and the Chinese Communists helping the Viet Minh.
At the war's end in 1954, after the French were badly defeated at the battle of Dien Bien Phu, Mr. Dong was chosen to head the Viet Minh delegation to the Geneva conference. It should have been a moment of complete triumph for Mr. Dong, but he felt betrayed by Zhou, the Chinese premier, who headed China's delegation to the talks and seemed more interested in avoiding further war with the Americans after the Korean War and agreed to divide Vietnam between a Communist north and a non-Communist south.
According to one version, Zhou invited Mr. Dong to a dinner party, but to Mr. Dong's fury, also invited a brother of Ngo Dinh Diem, a Catholic anti-Communist who went on to become the leader of South Vietnam. Mr. Diem's brother was seated in the place of honor at Zhou's left, and Mr. Dong overheard the two men talking about their love of China's Qing Dynansty porcelain.
''When you are the envoy to Beijing,'' Mr. Zhou is quoted as saying to Mr. Diem's brother, ''I hope you will see more of Qing ceramics.'' To Mr. Dong, this clearly implied that not only would China agree to the division of Vietnam, which would cost the Viet Minh half their victory, but that China would recognize the newly created government in South Vietnam.
This was the beginning of a terrible feud between the Vietnamese and Chinese Communists which lingered through the American war in Vietnam, unknown to Washington, and which burst into the open in 1979 when China invaded the northern part of Vietnam. Many historians say that if America's leaders had been more knowledgeable, they would not have asserted that the United States had to fight in Vietnam to stop the Chinese Communists. That was one of the primary reasons invoked by Washington for becoming involved in Vietnam.
Photo: Pham Van Dong, who politely played a secondary role to North Vietnam's revolutionary leader, Ho Chi Minh, was Hanoi's prime minister for three decades. He visited Beijing in 1969 and was greeted by officials. (The Globe and Mail, Toronto)
http://www.nytimes.com/2000/05/02/world/pham-van-dong-voice-of-vietnam-s-revolt-dies-at-94.html 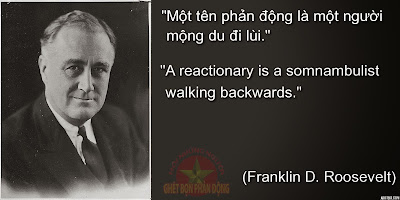